Reliable AMD Processors you Must Buy? 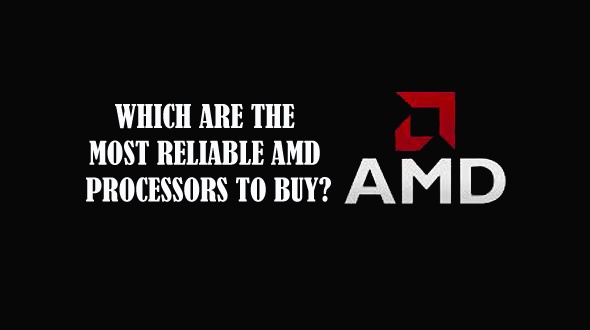 The AMD processors are gaining popularity among gamers because of the high speed and durability, as well as the best PRO security and full memory encryption available. Having these features makes a processor more appealing and makes it easier for you to purchase the best on the market. AMD is known for its innovation. At first, no one trusted this processor when it was launched. This is because Intel was ruling the market and creating brand value. Therefore, it was difficult for AMD processors to establish and sustain themselves in the market and create a brand from scratch. Thereafter, AMD started at a slow pace and gradually moved forward in this business and started to resolve all customer-related problems and reached out to local shops for what customers need. In that case, AMD dominated the market with its problem-solving solutions as it removed all doubts from the customer’s minds and allowed them to trust the brand and buy AMD processors.

The Athlon 3000G has a 2 core 4 thread fully unlocked CPU and is intended for those that value high-speed response and built-in Radeon Graphics, as well as the tearing processor design required to benefit from graphics card upgrades. All of this is paired with 5 MB of total cache, a TDP of 35W, and dual-channel DDR4 compatibility for up to 2667Mhz. Surf the content without lag, stream movies without interruption and play the most popular esports games in 720p high-definition resolution. The processor is designed on a 14nm design, which provides improved performance while being efficient. The robust socket AM4 platform is ready for Ryzen processors and is built to meet future expectations.

The AMD Ryzen9 5950X Desktop Processor has 32 Threads, 16 Cores, 72 MB Cache, and a maximum boost clock of 4.9 GHz. The best part of this profile is that you get a Base Clock of 3.4 GHz with DDR4 3200MHz Memory Support. With two Memory Channels and a Thermal Design Power of 105 Watts, this processor has two Memory Channels. Peripheral Component Interconnect is a form of Express Generation up to PCIe Gen 4. It is compatible with the 500 Series Chipset and here you get the socket of the AM4 Motherboard. The motherboard requires a separate graphics card. There is no heatsink fan included in this processor.

You will get AMD RyzenTM 7 5700G Desktop Processor. This processor has 8 cores and 16 threads with a 20 MB cache, Max Boost Clock up to 4.6 GHz, and Base Clock up to 3.8 GHz. The DDR4 memory support is approx. 3200 MHz and the Thermal Design Power of this processor is 65Watt with two memory channels. With this, you will get compatibility with 500 series chipset-based motherboards, with Socket AM4 graphics, which is AMD Radeon Graphics. A quality wraith stealth heatsink fan is included.

Where can these processors be purchased?

You can easily buy all these products at one place online at Rehan Computers where you will get additional discounts and exclusive offers online. Shop online and get the most reliable processors in India today or if you are located in Ranchi you can visit their store at Roshpa Tower.