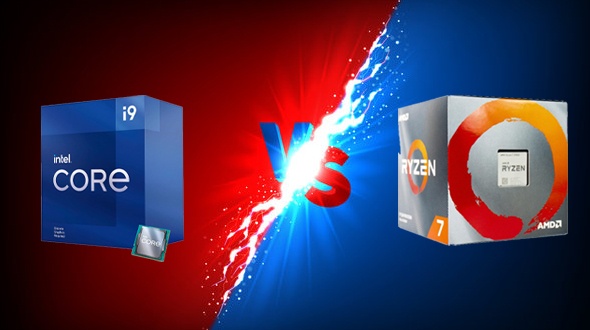 The 5800 series cache is its distinguishing feature, hence the designation. While it may not overclock well (or at all), and it may not perform better in productivity tasks, the 3D-V Cache appears to improve gaming performance, particularly in certain titles.

The Core i9-12900K, on the other hand, lacks a significant cache. It does, however, have more cores, quicker clock speeds, and higher power consumption. The 12900K seems to be “brute-forcing” its way to performance.

As you can see, the 5800X3D outperformed the i9-12900K in Shadow of the Tomb Raider and Witcher 3. While the performance gap between the CPUs in Assassin’s Creed Origins and Death Stranding isn’t that great, it’s close. Gaming PC shop in Jharkhand. At this moment, there isn’t much evidence to conclude. The 5800X3D, on the other hand, performed well.

Another famous reviewer TechPowerUp performed more extensive testing, as planned. In terms of overall performance, the Ryzen 7 5800 series is on a level with the i9-12900K. In certain games, the Ryzen CPU may win, while the Intel CPU may be quicker in others. However, when the averages of ten games are averaged, both CPUs perform equally in gaming.

However, while the 5800X3D performs well in games, the i9-12900K is still (much) quicker in productive activities.

Do we consider it as a Tie?

When it comes to gaming, I think it’s a tie at this moment. I believe it is beneficial to gamers since they will not have to pay more money to obtain the “greatest CPU for gaming.” In terms of gaming performance, both the Ryzen 7 5800 series and the Core i9-12900K perform equally. However, the Core i9-12900K costs more than the 5800X3D. Not to add that the Intel CPU consumes more electricity.

In addition to the 5800X, the majority of AMD’s processors have been significantly reduced in price. And the Ryzen 7 5800 series is just starting from ₹32,900.00 at Rehan Computers which is the Online Computer Store in Jharkhand. That’s a significant saving over the original retail price of 43657.53. Check out the websites of Rehan Computers below for the most up-to-date price and availability.